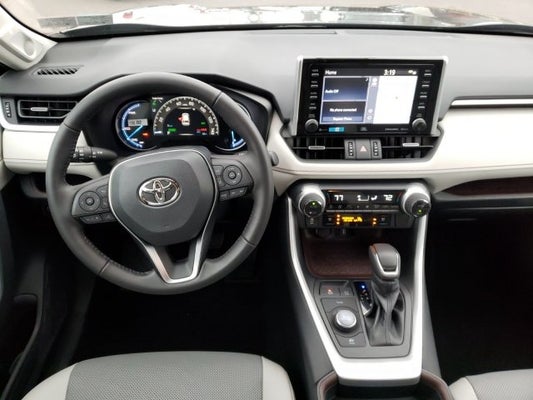 Sky-high fuel prices and the push for fewer emissions have been making traditional SUVs less attractive in this day and age. Fortunately, many vehicle manufacturers have been keen on listening to the consumer’s plight. People still need big cars to haul more weight and move the family from one destination to another comfortably. However, they want to do it without having to empty their wallets to fuel their SUVs.

The above need led to the creation of the hybrid vehicle segment. One would previously have to compromise between good fuel economy and carrying capacity, but gone are such days thanks to the existence of hybrid technology. Below are some of the best hybrid SUVs that are available in the UK market.

The RAV4 is one of the most iconic vehicles that Toyota ever made, and it has quite a strong following. The Japanese vehicle manufacturer now makes a hybrid version of the RAV4 for its discerning customers that still want to own a RAV4 and achieve impressive mileage. The vehicle is powered by a 2.5-liter petro engine with a hybrid system that achieves about 48.7 miles per gallon. Its starting price is £30,635.

Mitsubishi’s hybrid Outlander has so far won customers’ hearts in the UK thanks to its impressive performance and an updated design. The vehicle is powered by a 2.4-liter engine coupled with an electric battery that allows it to achieve impressive gas mileage when the two work together. However, it can also run on the electric mode, which can propel it to a total of 25 miles before it needs a recharge and a total range of around 400 miles. The starting price is £35,760.

Vauxhall is one of the most popular car brands in the UK, and as such, it was quick to introduce hybrid vehicles into the UK market to meet the demand. The company offers the Vauxhall Grandland X Hybrid & Hybrid4. This vehicle is capable of traveling an impressive 35 miles on electric power alone, although it also has a combustion engine. The starting price is £56,955.

Volvo has a great track record when it comes to safety, and it is also one of the brands that sell hybrid vehicles. The Volvo XC90 has a hybrid version known as the T8 Twin Engine. The SUV has a 2.0-liter supercharged engine coupled with batteries that boost the vehicle’s range. It can travel 22 miles on battery power alone. The starting price is £66,645.

Lexus has already established itself as a premium luxury brand, and it only fits to have a hybrid offering. The Japanese manufacturer offers the Lexus RX 450h in the UK market for its customers looking for a hybrid. The price for one unit starts at £49,705, and a 3.5-liter V6 petrol engine powers it. However, this large engine size might impede achieving high mileage.

Land Rover offers a variety of products, and its track record is not exactly one that screams fuel efficiency. Nonetheless, the company decided to include a plug-in hybrid of the Range Rover Sport. The vehicle has a total of 400 BHP, which means that it is no slouch, and that is thanks to its 2.0-liter turbocharged 4-cylinder engine with 296 BHP while a battery pack provides the additional power. It can go as much as 31 miles on battery power alone. The base price for the hybrid version is £72,785.

Porsche is undeniably in the upper echelon of the best vehicle brands in the world. Not even this German brand could resist the allure of more potential sales by tapping into the demand for hybrid vehicles. The company sells a hybrid version of the Porsche Cayenne, with the price starting at £68,358. It is powered by a 3.0-liter turbo V6 engine that is assisted by an electric motor for an impressive 456 BHP total power output. Electric power alone can propel it a distance of 27 miles.

Audi also decided to have a crack at the hybrid SUV market with the Audi Q5 Hybrid. It has a 2-liter four-cylinder engine coupled with a 14.1 kWh lithium-ion battery for a total of 362 BHP. The SUV can travel 26 miles on electric mode alone, and the price starts at £49,735.

The normal Range Rover Evoque already has great mileage from its 2-liter engine. If you love this mini-SUV, but you want even better fuel economy, consider going for its plug-in hybrid version, which makes an impressive 300 BHP from a 1.5-liter turbocharged engine paired with a bunch of batteries and an electric motor. The price of the basic model starts at £43,850.

South Korean vehicle manufacturer KIA offers its KIA Niro PHEV, and it can be had for as little as £30,262 in the UK. It has a 1.6-liter turbocharged petrol engine coupled with an 8.9 kWh battery, which together provides a total of 139 BHP, which is not much, but it is enough to get around while achieving impressive MPG. The company estimates that the KIA Niro hybrid can achieve over 60 MPG.