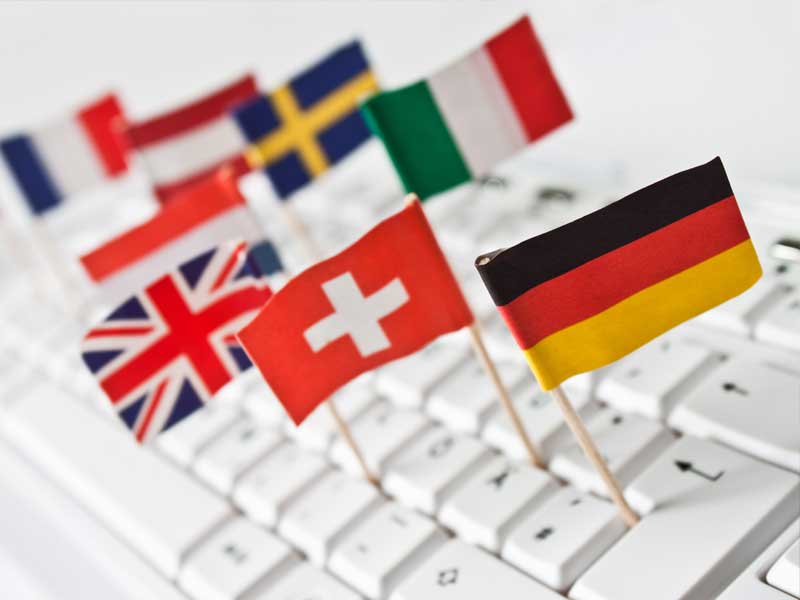 English being part of the Germanic family, shares many similarities with a good number of other languages. For that reason, native English speakers can learn and be fluent in some of the widely spoken languages in the world. While Swedish is one of the easiest second languages to learn for English speakers, the number of languages that share common traits with the Queen’s language will surprise you.

The ability to learn a new language depends on several things key among them being the ability and preference to learn new languages. Also, the advancement of technologies such as artificial intelligence propagated by Alphabet Inc. (NASDAQ:GOOGL) will one day make language learning obsolete.

In a world of over 7,000 languages, we had to prioritize our listing on languages that don’t have weird rules as well as linguistic details.  In narrowing the list further, it also became clear that languages with the least amount of gender nouns as well as reflexive verbs and tense verb conjugations were some of the best, as alternatives for native English speakers.

We also compile lists like 12 Easiest New Languages to Learn for English Speakers and 10 Biggest Makeup Companies That Test on Animals to broaden our horizon and identify emerging trends in advance.

Here is our list of the Easiest Second Languages To Learn For English Speakers.

Swahili is the easiest language to learn among other African languages. Unlike most African languages, Swahili words often sound just the way they are spelled. The pronunciation is also a little bit easier for native English speakers compared to other languages such as French.

The fact that Swahili is straightforward in terms of pronunciation and the fact that verbs logically utilize prefixes makes it less challenging to master, especially for native English speakers.

It might come as a surprise that Indonesia is one of the easiest languages to learn in the world. However, the fact that the language is spoken by more than 20 million people’ in the world affirms its popularity. The language uses the Latin alphabet, which substantially simplifies the learning curve for native English speakers who have an idea of other Latin languages.

Unlike other Asian languages, Indonesia comes with familiar characters. It is also phonetic, which means words are pronounced the same way they are written.

Italian has more than 63 million native speakers and one of the easy speaker languages. The fact that the language has Latin roots means it shares some vocabulary with English. Native English speakers would also find the going easy in identifying a chunk of Italian cognates.

The fact that the Italian lingo is common with most food items would also lessen the learning process.

Spoken by over 70 million people worldwide, French is known as a romance language and one of the easiest languages to learn for English speakers. The fact that French derives most of its words from the Latin language means it shares much of its vocabulary with English.

Linguists believe that French has influenced nearly a third of English vocabulary, thus giving it a lexical common ground. While French pronunciation can be tricky, it is easy to hear often-French accent making it easier to replicate.

Portuguese is also a member of the romance language family as it shares a good chunk of its vocabulary with Spanish. It stands out as one of the easiest languages to learn for English speakers on the fact that pronunciation is reasonably comfortable and easy. However, nasal vowel sounds require some practice.

Romanian would be an ideal language for English native speakers that have mastered other romance languages. Spoken by more than 25 million people, Romanian is phonetic, which means native English speakers only need to learn how to pronounce the letters of the alphabet to master the entire language.

Romanian shares words with French, Portuguese, and Spanish, thus easy to learn for people who have mastered these languages.

Spanish is always a go-to language for native English speakers as it is one of the easiest to learn, given the sheer number of people speaking it. Just like French, a romance language, it borrows a good chunk of its vocabulary from Latin.

The fact that English also derives a good chunk of its vocabulary from Latin would simplify the process of learning Spanish. Being a phonetic language, a good piece of Spanish, words are pronounced the same way they are spelled. Spanish tenses also align perfectly with English.

The fact that Spanish is the scorn most spoken language in the world with over 400 native speakers would go a long way in simplifying the learning process.

While learning Danish Norwegian Swedish, you will have to put more focus on understanding and mastering the vocabulary. Once you have mastered the vocabulary, you will be able to speak the three languages without having to put too much thought.

There are more than 21 million native Scandinavian language speakers with the Swedes speaking fluent English. For that reason, you can never luck someone to sharpen your Swedish, Norwegian or Danish speaking skills.

The fact that Dutch borrows most of its words from the English Language all but lessens the learning process. Even if you’ve never heard a single Dutch word, you can guess with ease what one is saying given the similarities of the words used. For instance, ‘Dat was een beetje awkward’ translates to ‘that was a bit awkward in English.

However, it is essential to note that Dutch uses gender nouns that can be a little bit confusing to native English speakers.

Afrikaans is one of the easiest languages to learn for English speakers as it is also derived from the West Germanic language family as English. Afrikaans’ phonetics and pronunciation rarely pose significant challenges to native English speakers.

Afrikaans also stands out as a natural speaker language on the fact that it is not inflective. For that reason, native English speakers looking to master this language would not have to memorize vocabulary. Instead, one can build sentences without having to worry about conjunction. In other words, one is not tied to pronunciations, let alone grammar when learning Afrikaans.

Afrikaans is also one of the most spoken languages in the world, spoken by nearly 9 million people worldwide in Africa, Europe, and pockets of the U.S.