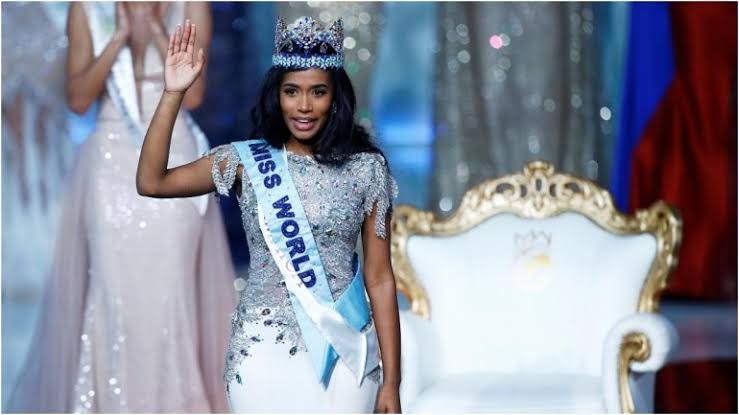 For decades, the beauty pageant industry was marred with massive issues of lack of diversity whereby only white women were allowed to participate. After a series of criticisms, colored women temporarily banned from participation in some of the big pageants such as Miss USA.

However, over time, the stalemate was resolved, and the franchises involved evolved. They became more inclusive and accommodative. Sexual orientation, skin color, body shape, or religion affiliations were no longer factors of consideration.

The inclusion gave a wide opportunity of participation to the black women who have taken the catwalks over the years. And they have not disappointed either. In the just concluded Miss World 2019 pageant, a black woman took the title.

Toni-Ann Singh took the 2019’s Miss World title. The 23-year-old was among the many who had previously struggled with the feeling of segregation and racism. Nonetheless, she sailed through. Singh is a psychology and women’s studies graduate. Her mantra is..’’ you are worthy and capable of achieving your dreams.’’

Notably, black women took some of the high-status pageant titles; Miss Universe, Miss USA, Miss Teen USA, Miss America. This was not only impressive but also historic according to Professor Noliwe Rooks, who teaches about fashion, gender, and race.

The comfort of being a black woman

The win by black women speaks volumes about their comfort in their skin color. In her speech, Tunzi, of South Africa who won the Miss Universe title, said he had lived with natural and short hair the better part of her life. However, part of the world she has lived in does not recognize this, and her skin color as beauty yet having natural hair is a common lifestyle and hairstyle.

She also recounted how many people within her social circle urged her to use wigs or weaves, but she could hear none of it.

All the five black women had different ways of convicting the young girls with a desire to join the beauty pageant industry that it is possible. Of importance is to believe in themselves and work hard on their focus. Meanwhile, the crowning of the new Miss World will be done on Dec. 19.