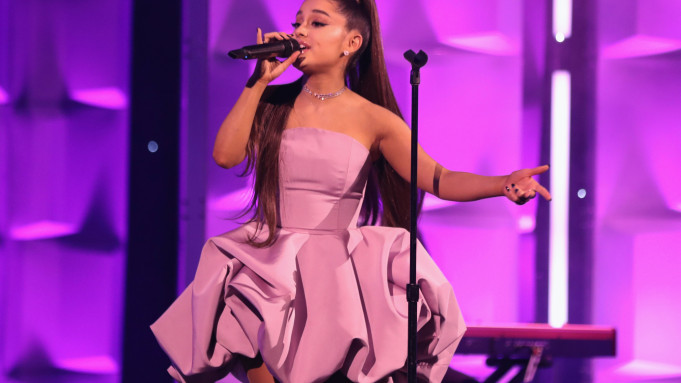 Arian Grande has revealed that she has been struggling with a bad sinus condition during her Sweetener World Tour. The 26-year old indicated that the condition may force her to cancel the rest of her shows on the tour.

Ariana Grande has been battling sickness for three weeks

On Saturday the singer shared several posts on her Instagram Stories informing her fans that she is very sick. Ariana revealed her health struggles in the past three weeks which she says might force her to cancel upcoming shows. She said that her throat and head were in so much pain and she has been sick since her last London show.

The artist revealed that she may sound okay but she is in so much pain with breathing difficulties during the show. She further said that she wasn’t aware of what is happening to her body which she needs to figure out.

Ariana shared several videos explaining her current health condition. She said, “I just finished the Charlottesville show and I have been sick since the last London show.” Further, she indicated that she had been coughing seriously had a serious sinus infection that has been troubling for quite some time.

The “7 rings” artist stated that she has not been able to get better and during the Charlottesville show she felt the pain again. She indicated that she has been experiencing serious headaches and her glands were hurting so much. Ariana added that she is contemplating visiting a doctor to ascertain what might be the problem with her situation.

Ariana could cancel the remaining shows

The revelation about her health situation was like a heads up about the possibility of canceling the remaining shows. She revealed her disappointment and fear of why she has not been able to get better in the last three weeks.

Although she is been struggling health-wise she stated that she was grateful for how well the shows had gone on. Ariana said the tour had been special so far to this pint and she so much wished to complete the rest. Her next show will be on Sunday in Lexington Kentucky.