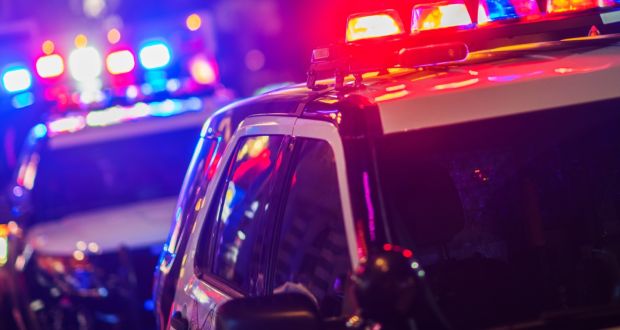 Police shot and killed the gunman at the Riverchase Galleria, in the US city of Hoover, Alabama, in the incident which left an 18-year-old man and a 12-year-old girl injured prior to Black Friday shopping.

The gunfire sent shoppers fleeing for cover into stores and stockrooms, a police captain said at a news conference early Friday. The girl was said to be conscious, and the police said her injuries were not life-threatening.

The episode rattled the crowded Riverchase Galleria in Hoover, Alabama, a city about 23km (14 miles) south of Birmingham. Video posted on Twitter showed people sprinting down the shopping centre’s corridor in a panicked stampede. Debby Woods, one of thousands of shoppers inside the mall, said she was buying jewelry at a kiosk when she heard one “bang” ? and then two more. “It was terrifying,” she told WBRC. “Everybody started screaming.” Woods said she ran for the exit as police officers sprinted toward the gunfire. Hoover police officers responded to a call about gunshots being fired outside the Footaction store on the mall’s second level just before 10 pm local time , Capt Gregg Rector of the Hoover police department said. Two men had gotten into what Capt Rector called a “physical confrontation.” One of the men fired at the other, and the victim, an 18-year-old man, was struck at least once. The 18-year-old, whose name, like the others, was not released, was taken to a hospital in serious condition, Rector said.

The man who fired was confronted by officers as he tried to flee, Capt Rector said, and a Hoover police officer fatally shot him. The Jefferson County Sheriff’s Department is investigating. Asked who had shot the 12-year-old girl, Capt Rector said it was “too early in the investigation” to know. “We believe last we heard that she was alert, conscious and talking,” he said. He said he was unaware of any other injuries to shoppers or police officers. “It’s a sad day in Hoover,” Chief Nicholas Derzis of the Hoover Police Department said. The Riverchase Galleria, whose website boasts that it is “the largest enclosed shopping center in Alabama,” had advertised special hours for the night; it had been scheduled to be open from 6 pm to midnight local time. Thursday was not the first time the Riverchase Galleria had dealt with disruption during some of the busiest shopping hours of the year.