Cardi B Announces Breakup With Offset 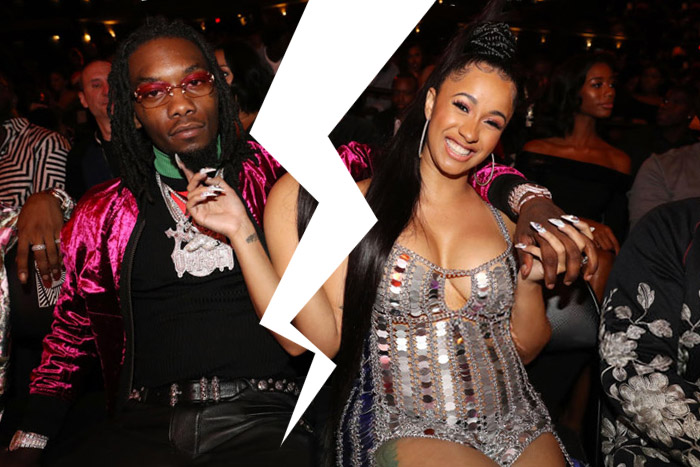 After over a year of marriage most of it in secret, Cardi B says that she and Offset are splitting up.

Just as she did with most other developments in their relationship, Cardi announced the news in a video posted to Instagram, where she said that while she and Offset remain good friends and business partners, that things haven’t been working out, and that they’re no longer together.

“So everybody been bugging me and everything and you know I’ve been trying to work things out with my baby father for a hot minute now,” she began the video. “We are really good friends and we are really good business partners — you know he’s always somebody that I run to to talk to, and we got a lot of love for each other but things just haven’t been working out between us for a long time.”

In July, the two welcomed their first child together, Kulture Kiari Cephus, a month after Cardi confirmed to all of us “nosy fucks” that she and Offset had secretly gotten married in September 2017.

The news of their breakup comes after Cardi told fans in January that the couple had taken the new year of 2018 to work on their relationship, a time during which Offset also got a tattoo of her name on his neck.

Cardi said that the split was “nobody’s fault” — the two “just grew out of love,” adding that it may take some time for them to get a divorce, and that “I’m always going to have a lot of love for him because he is my daughter’s father.”