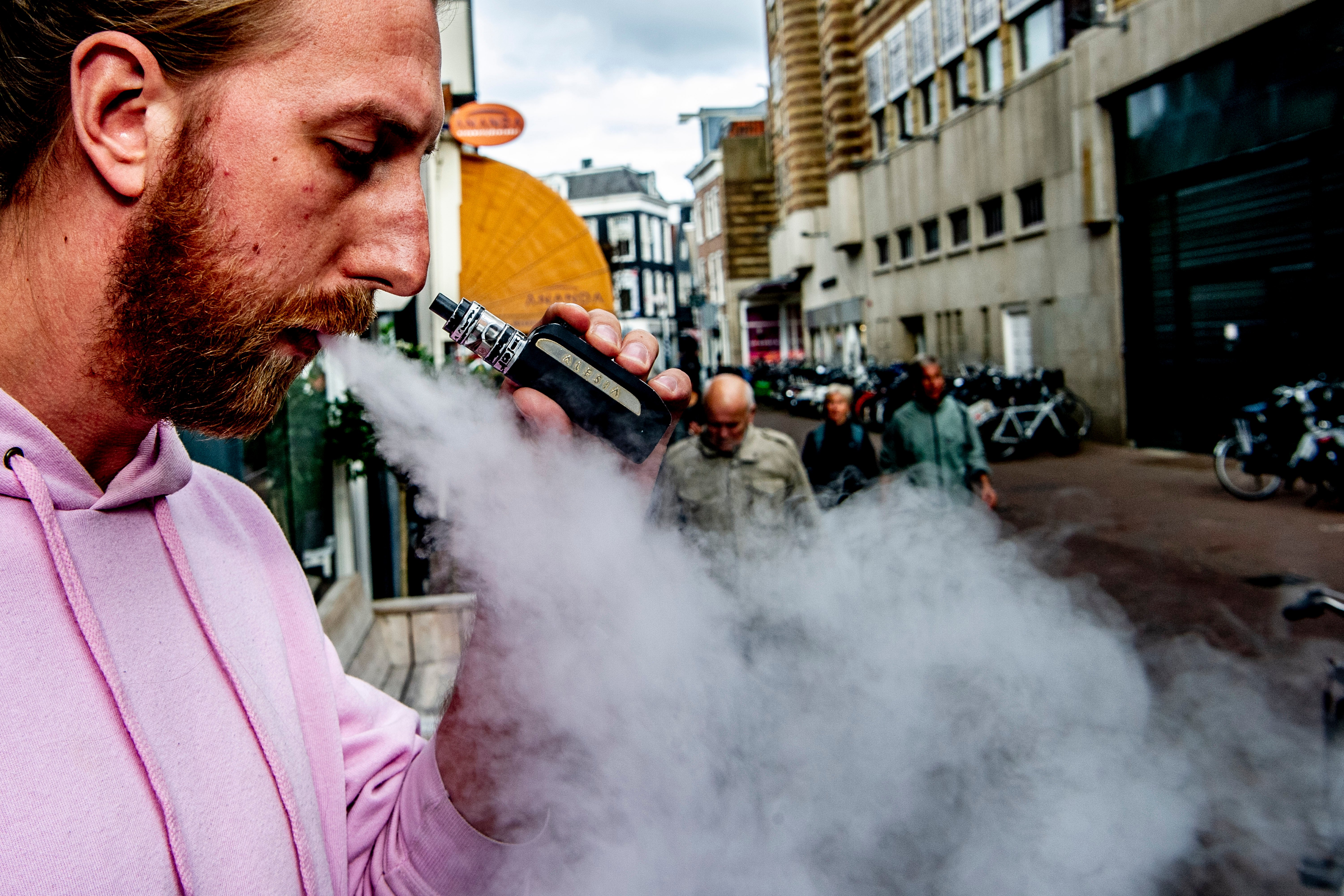 If ever you needed another reason to stop vaping, other than the standard, you look ridiculous, then we may just have it, as experts have warned that as well as causing you to become a social outcast, vaping could lead to serious long term health problems.

Medical professionals say a chemical called diacetyl, which is found in flavoured vape pods can cause vapers to develop a condition called ‘popcorn lung’, which is the inflammation of the bronchioles – airways – leading to, among other symptoms, shortness of breath and wheezing.

More than 60 percent of middle school students now use a flavoured e-cigarette.

According to a document released by the US surgeon General’s Office, they have warned against this worrying trend of younger people taking up the popular habit.

But there has been a lot of research into the links between e-cigs and popcorn lung – medical term Bronchiolitis Obliterans – and a study published in the journal Environmental Health Perspectives, back in 2015 tested 51 flavored e-cigarettes and found the chemical diacetyl in 39 of them.

The study did not prove that vaping causes popcorn lung; it only showed that some flavored e-cigarette vapors contained this chemical.

It said: “Because of the associations between diacetyl and bronchiolitis obliterans … urgent action is recommended to further evaluate the extent of this new exposure to diacetyl and related flavoring compounds in e-cigarettes.”

The Centers for Disease Control and Prevention (CDC) describes bronchiolitis obliterans as ‘a serious lung disease that is irreversible’, and diacetyl is banned in UK e-cigarette liquid.

The nickname came about in almost 20 years ado when it was found in a group of workers that had worked at a microwave popcorn factory, where they were found to have inhaled artificial butter flavour.

An investigation into other workers at the factory who had not had breathing issues found that there was a link between the extent of the workers’ airway damage and their exposure to the chemical diacetyl.

According to reports, cases of popcorn lung have also been identified in workers at a diacetyl manufacturing plant and workers at a coffee processing facility.

However, other studies have found the chemical is not only found in e-cigarettes and in fact there are much higher levels of it in regular cigarette smoke.