Doria Ragland, Meghan Markle’s Mom,Will Not Be Spending Christmas with the Royal Family 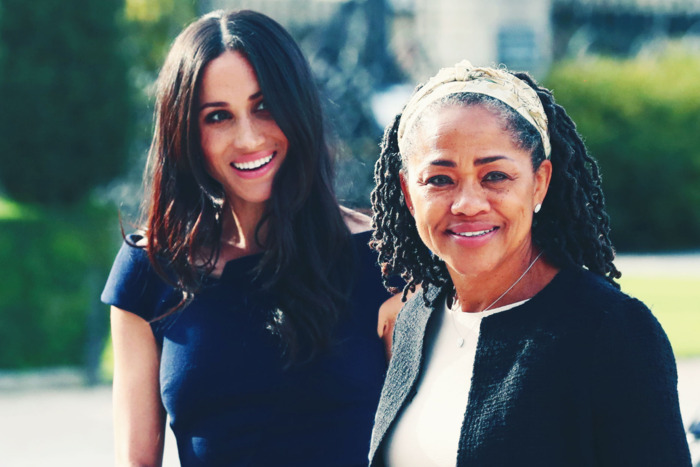 Doria Ragland has embraced life with her daughter as a royal, but she won’t be taking part in Meghan Markle and Prince Harry‘s Christmas traditions this year.

Despite previous reports that Doria was invited to spend Christmas with the royal family, PEOPLE confirms that Meghan’s mother will not be present for the festivities. Meghan and Harry, who are expecting their first child in the spring, will join Prince William, Kate Middleton and other members of the royal family in Norfolk for Christmas with the Queen at Sandringham.

It is unusual for non-members of the family to join the Queen for Christmas Day celebrations – making Meghan’s holiday debut with the royals last year before her wedding to Harry a rare break in tradition. Despite being engaged to William, in 2010 Kate spent her last Christmas as a single woman with her own family. But, unlike Kate, Meghan doesn’t have any family in the U.K.

The Middletons have never joined the royals for Christmas, but Kate and William decided to skip spending Christmas at Sandringham in 2016. Instead, they brought Prince George and Princess Charlotte to church with Kate’s family in Englefield, England, near her childhood home.

The news comes shortly after PEOPLE confirmed that Doria, a Los Angeles-based yoga instructor and social worker, will not be moving in when Meghan and Harry leave Kensington Palace for their new home at Windsor Castle’s Frogmore Cottage next year. Doria may have rooms set aside for her in the cottage, located close to the house where Harry and Meghan’s evening wedding party was held and where their engagement photos were taken about a year ago, but she’s not making a permanent move there.

In a statement released by Kensington Palace last month, Doria, 62, shared her reaction to the development as the rest of the world learned Meghan, 37, and Harry, 34, are expecting their first child together.

“Ms. Ragland is very happy about this lovely news and she looks forward to welcoming her first grandchild,” the statement read.