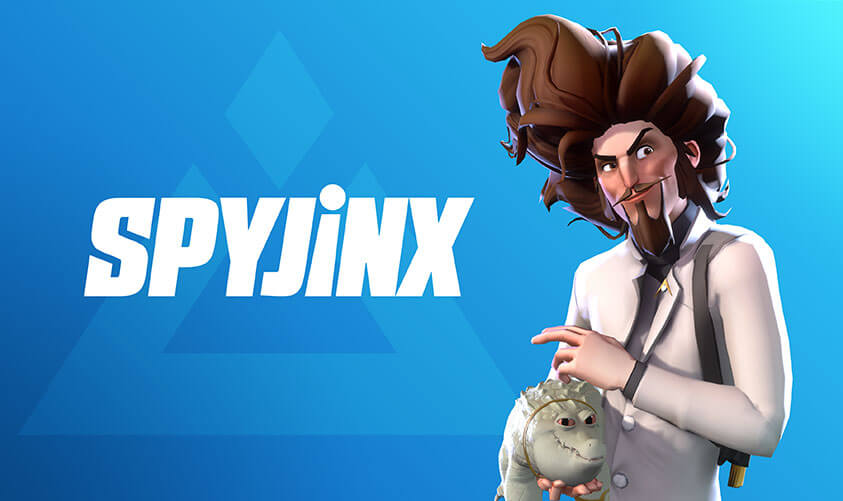 Epic Games in collaboration with Bad Robot Games have announced the release of a new mobile game title called Spyjinx. Bad Robots Games is a gamed development company owned by J.J Abrams and was formed in 2018 as a spinoff from production studio Bad Robot. The company received funding from Tencent which is an investor in Epic.

Abrams has collaborated before with Epic in the development of a Star Wars: The Rise of Skywalker trailer within Fortnite. Spyjinx is secret agent espionage themed adventure game that lets the player build their hideout, level up the character as well as lets them compete with other players online. It appears like the multiplayer involved in the games will be infiltrating the hideouts of other players to steal artifacts. It is up to you to fortify your hideout to protect your artifacts.

The game borrows heavily from the Fortnite style especially the second season of Chapter 2 of Fortnite which is secret-agent espionage themed. There is only a brief description of the game provided but Epic Games have indicated that it will launch a beta version of the game in Malaysia.

The beta version will be available to iOS users only for now before they introduce it to Australia after. Android users will have to wait for some time before they can play the game but those who will have signed will receive emails if the change happens.

Since the game is still under development the beta version will experience some issues, crashes, and bugs. However, the company has indicated that it will be making regular updates and improvements going forward. Beta testing is very important during the developmental stage as it lets developers to collect technical information, fix issues, test functionality as well as receive feedback before broad release. Since Spyjinx has some similarities in style and theme to Fortnite it is expected that it will likely follow its path into the future. There is currently no official date for the worldwide release of Spyjinx.