Everything You Need to Know about Kingdom Come: Deliverance 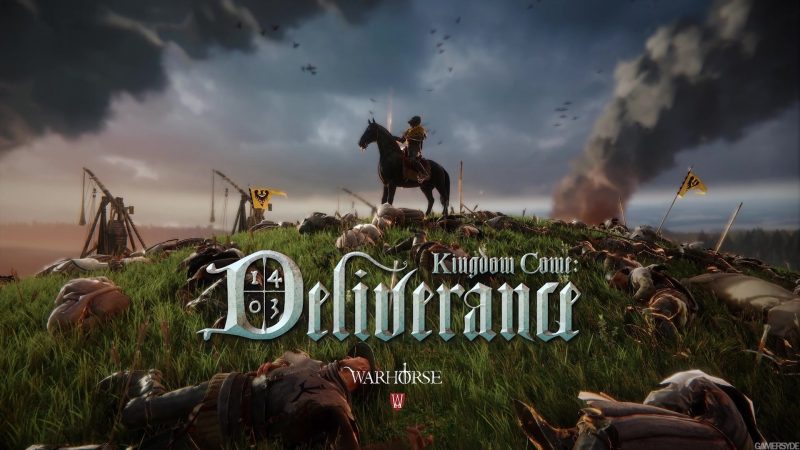 You’ve probably heard about Kingdom Come: Deliverance by now, the not so classic RPG. It’s been out for about two weeks and a lot has happened with it. The buzz surrounding it has spread around like wildfire. It’s no wonder as the game is quite unique and something quite new on the video game market. Everyone quickly became interested in it, precisely because of that.

The first thing you need to know about Kingdom Come is that it’s actually not an RPG. It’s more of a first person, role-playing, simulator game set in the Middle Ages. I know, it sounds complicated, but that’s all because the game is something that hasn’t been seen before. It’s all about realism.

You lead a very unremarkable guy on his quest for vengeance. He basically knows nothing about fighting at the start and thus you know nothing. It will take you hours to actually learn how to fight. More importantly, just like everything else, the fighting is also about realism, it’s not some fast-paced fighting. You actually have to learn how to do it, not increase your melee weapon fighting skill to 100. You’ll be as easy to kill after 50 hours of playing as you are at the very start. That’s realism for you. You need to watch some gameplay videos to actually see how all of this looks and works.

Also, another important thing you need to know is that the game is demanding as hell. It’s almost unplayable on consoles due to several bugs and demanding graphics. You’ll be able to enjoy it at visual settings that are equivalent to a PC’s medium preset. It was obviously made for PCs. However, even on those, it causes problems. Most of them stem from the fact that the game was basically made for future tech. At least the ultra-high settings are. Basically, you can play it, but you can’t enjoy the full visuals.

Besides the graphics, the bugs will annoy the hell out of you from time to time. Thankfully, the team behind the game is very responsive and they are releasing patches which are actually fixing things. I mean, they released the first patch on the very first day of the game’s release and it was over 20GB! Just wow.

If you do decide you want to play Kingdom Come, you need to know one thing. It’s a super realistic simulator of medieval life. It’s not for a classic gamer who wants to do quests and fight all the time. In this game, the NPCs don’t wait for you and will do things on their own if you take too long; and the fighting will be as sparse as it was in those days for a regular dude. If you like this, don’t mind the bugs, and most of all, you’re patient, then this game will be the best one you’ve ever experienced.