Horizon Zero Dawn: Why Is It So Amazing? 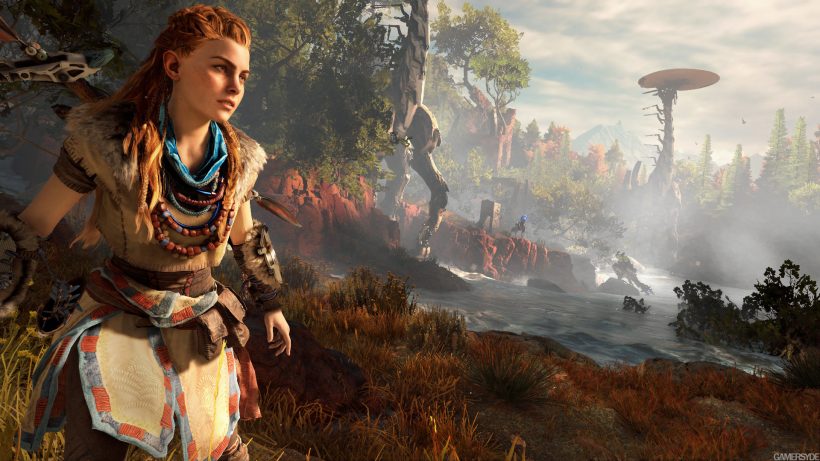 If you are among the millions of people who have played Horizon Zero Dawn, the 2017’s PS4 exclusive, you will certainly relate to this article. If not, then hopefully this will make you try this gorgeous and addictive game.

First of all, it needs to be said what a great feat it is for a studio, which was making the gloomy Killzone games for the entirety of their existence, to make such a positive, visually stunning and colorful game that is Horizon Zero Dawn.

Besides that, the game itself is very unique. The gameplay is fluid and addictive to the extremes. And the world of the game, well, that’s just a whole other level. Everything you see is breathtaking, especially the mechanical monstrosities that are at the very core of the game. You’ll be completely happy just running around, looking for your next hunting challenge.

However, you won’t be doing only that, you’ll do so much more. You will easily get completely immersed in your protagonist’s story – Aloy’s story. Her story is heartwarming and devastating at the same time and you won’t be able to stop playing because you’ll want to see the next thing that’s going to happen to her while you lead her. In addition, she as a person is just amazing, and after playing countless games, I’ve never seen a more interesting and compelling female character. It’s as if when they were making her, they only had one thing in mind – how to make her utterly adorable and a person you’ll have to love and respect if you were to meet her in real life.

After all of that, you should know that the game can be played for more than 60 hours in total. I probably played it for much more than that and was still left with a few challenges to complete, side quests to finish, and places to explore which I haven’t seen at all.

I could just go on and on, but I have to give you the gist of what it is to play this, above and beyond, astonishing game. But don’t take my word for it, just buy it and play it and you’ll see what I’m talking about.