Miley Cyrus Says Her Mom Got Her ‘Back’ Into Smoking Weed 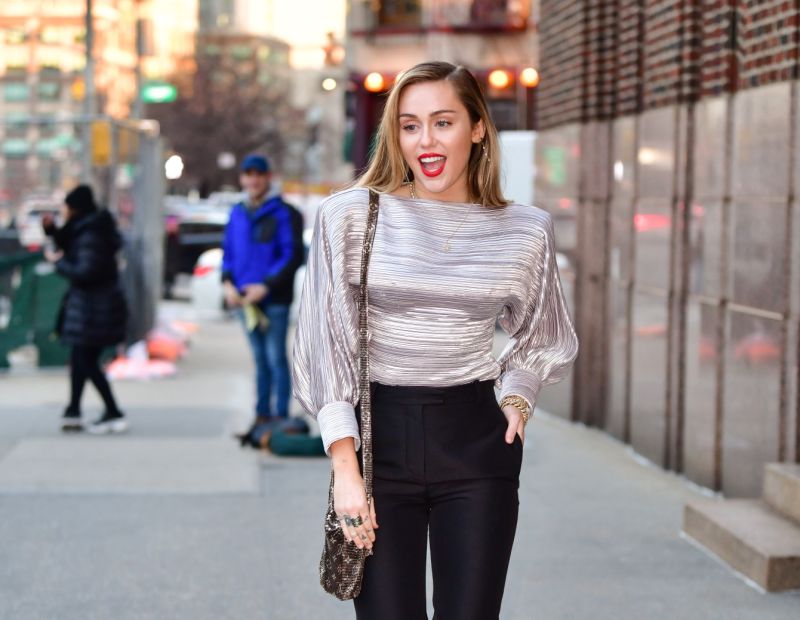 A year after revealing she was taking a break from weed, Miley Cyrus admitted she’s back smoking every now and then — thanks to her mom! While promoting her new single “Nothing Breaks Like a Heart,” the 26-year-old singer said Tish Cyrus, 51, got her “back” into the drug.

“We toke a little. Every now and then, you know,” Cyrus told the Sun. “My mom got me back on it.”

However, Liam Hemsworth’s fiancée won’t make a habit of smoking while she’s working.

“When I’m just working I don’t think I function at my highest, most intelligent, most being-able-to-be-as-aware-and-as-present, so I don’t smoke when I work,” she said.

In a May 2017 interview with Billboard, Cyrus stated weed was a thing of the past — just like that foam finger. “This is crazy, but I haven’t smoked weed in three weeks!” she said.

Cyrus said she was quitting “for a second.”

“I like to surround myself with people that make me want to get better, more evolved, open,” she added. “And I was noticing, it’s not the people that are stoned. I want to be super clear and sharp, because I know exactly where I want to be.”

The recreational use of marijuana became legal in California at the start of this year, which is where the “Malibu” singer and her mother live. It’s now legal for adults over the age of 21 in 10 states and Washington, D.C., and medical marijuana is legal in 33.