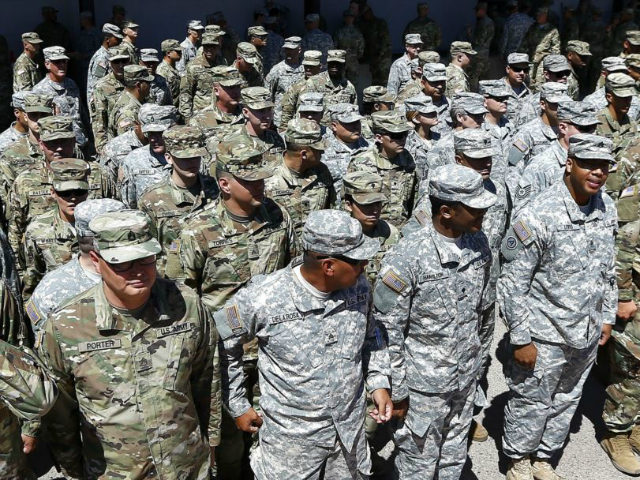 The Pentagon is set to deploy 5,000 U.S. troops to the border with Mexico, according to published reports.

That is thousands more than the initial plan last week to send 800 active-duty troops at the behest of the Department of Homeland Security and President Trump, who called an approaching caravan of migrants a national emergency.

Pentagon spokesman Capt. Bill Speaks said no final decision on troop numbers had been reached and that planning was ongoing.

The deployment of the active-duty military for border security, first reported by the Wall Street Journal, is a rare move. About 2,100 National Guard personnel were sent in April to assist border police with non-law enforcement activities.

“We are preparing what we call ‘defense support for civilian authorities,’” Defense Secretary Jim Mattis told reporters while traveling on Sunday. “If you look at how we organize for the storms. … We surround the storm.”

The president and his administration have raised concerns about the thousands of migrants fleeing violence in Honduras and moving north through southern Mexico in the run up to the midterm elections next month.

Pentagon official say that they are still assessing which troops and what units can provide the capabilities requested by the Department of Homeland Security, which includes planning assistance, engineering support (temporary barriers, barricades, and fencing), aviation transport support, medical teams, temporary housing and personal protective equipment for CBP personnel.

“Planning is still underway. It remains premature to speculate total numbers or specific forces to be selected to accomplish the requested missions,” said Laura Seal, a Pentagon spokesperson.

If the number of additional troops totals as many of 5,000, it would mean the U.S. would have deployed approximately as many troops to the southern border as it has in Iraq and Syria.

The service members would join 2,100 National Guard troops already there, under state control, supporting border security along the border with Mexico.

The Pentagon says there are roughly 5,200 U.S. troops in Iraq, and 2,000 in Syria supporting the local forces fighting ISIS.