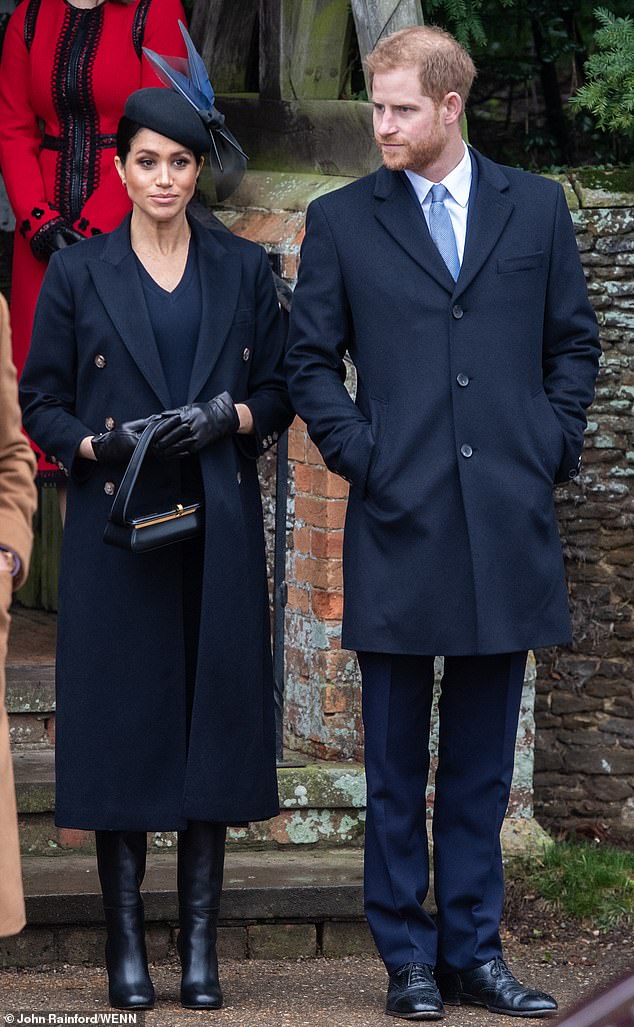 Meghan Markle is feeling ‘miserable’ in her new role as duchess while Harry is ‘racked with guilt’, new reports claim.

A royal insider has said Meghan, 37, is finding it hard to juggle being pregnant with dealing with the public backlash, as husband Harry feels responsible for failing to protect her from negativity.

This comes amid further comparisons between the American actress and Princess Diana, who experts say endured the exact same negative backlash as Meghan when she first joined the royal family- up until her untimely death in 1997.

Last year a source claimed Harry is overly-protective about his wife because ‘he couldn’t do the same for Princess Diana’.

Speaking to US Weekly this week, a royal insider said: ‘Meghan has so much on her plate, between being pregnant and dealing with the public backlash and she’s finding the whole situation incredibly stressful.’

They added: ‘[Prince Harry is] very frustrated with how little can be done.

And remarking that Meghan was ‘morphing’ into Diana, royal expert Melanie Bromley told the Express that she is losing her voice.

Melanie said: ‘Now she is a member of the Royal Family, she’s lost her voice and is not able to actually say ‘hey, Kate and I are not arguing every Sunday over our roast dinner’.

‘When Diana and Prince Charles first got married, it was terrible for Diana. And Meghan is going through the same thing.’

Explaining Harry’s protectiveness over Meghan to The Sun last year, an insider said: ‘It’s my opinion that Harry feels he couldn’t protect his mother, so he’s going all out to protect his wife. This is his way of atoning.’

Last week Channel 5 documentary Kate V Meghan: Princesses at War aired, during which Diana’s former butler Paul Burrell claimed Buckingham Palace is like a ‘minefield’ for anyone new and compared the treatment Meghan has received to that experienced by Princess Diana.

He said: ‘Meghan has married into the most traditional family in the country, the royal family.