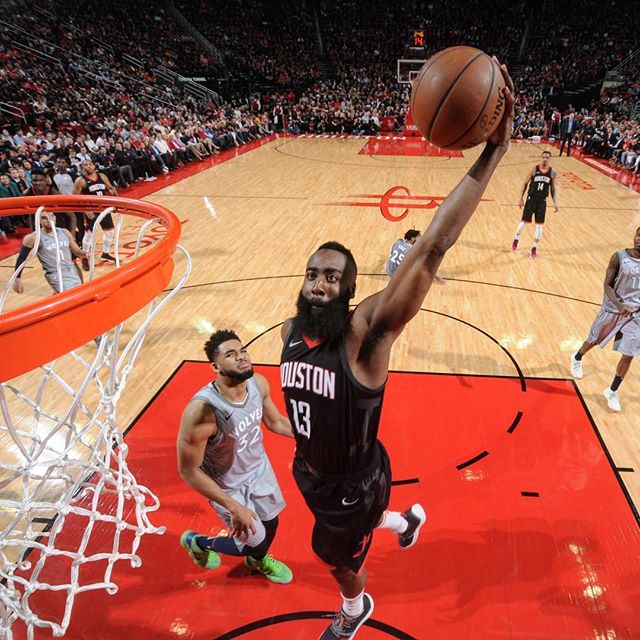 The Playoff are here and we couldn’t be more excited. After each team has met it’s rival and we have a game under our belt it’s time to share my impressions out of them.

It was one of the best finishes of all time. The game was mesmerizing, many leads changes and an epic finish. In overtime, Bledsoe and Giannis have fouled out and their limited fire power was no match for the team oriented Celtics. The Celtics have played team basketball, Al Horford was terrific, Jaylen Brown was aggresive, Terry Rozier looked like Kyrie is expandable but the most surprising player was definitely Jayson Tatum. the 19 Year old rookie looked like he has more than a few years of experience under his belt.

My Outlook: Celtics will win 4-2. This series could be very good, with Kyrie out for the season, both teams are quite equivalent in their fire power. Giannis, Middleton and Bledsoe caused a lot of mismatch problems for the Celtics and if the Bucks will build on what they have achieved the 1st game this could be a tight series.

Toronto has lost it’s last 10 game 1’s in the playoffs. But this season is different, the Raptors are the 1st seed and have displayed terrific basketball all season long. In recent years the Raptors were good in the regular season but Derozan and Lowry couldn’t carry the load in the playoffs. The GM has invested deeply in the bench and with the development of young players such as Jakob Poeltl and Delon Wright the Raptors looked completely different this year. Their bench is one of the best in the league and the first game against the wizards portrayed the emergance of the role players. Serge Ibaka and Delon Wright have led all scorers while Derozan and Lowry had mediocre games. The Wizards are a very talented team and the 8th seed could be a little deceptive since John Wall missed extensive time with injuries, but something doesn’t work over there.

My outlook: Raptors in 5. The wizards are too talented to not steal a game, but the balanced Raptors are much better.

When Indiana traded PG13 for Oladipo and Sabonis, no one thought that the pacers will improve instantly. Oladipo is an outstanding player and he carried the Pacers to nab the home court advantage. The Pacers have opened strong and generated a big lead, causing plenty of turnovers and playing much stronger than the fed up Cavs. Darren Collison, Myles Turner and even Lance Stephenson have fought for every ball, their passion was unmatched by the sloppy defenst of the Cavs. Lebron is a once in a generation player, but his defense on ball handlers was horrible, it seems like playoff Lebron isn’t motivated like he was in the past. In the 3rd quarter the Cavs rallied to close the deficit to 7, but Oladipo was huge and kept the deficit all the way to the end.

My outlook: If the Cavs will continue their lackluster play I will pick the Pacers in 5. However, if there is something I have learned in my life it’s to never underestimate Lebron James. I still pick the Cavs in 7, Lebron has done much more with far less.

The 76ers have opened the post season with a bang. Winning their first playoff game in years against a good team. The addition of Marco Belineli and JJ Redick this year has transformed the process completely. Ben Simmons and Joel Embild receive a lot of credit for the improvement of the 76ers but Redick and later on, Belineli, have brought their much needed experience to the team. Besides matching perfectly with the run and gun mentality, they have made Ben Simmons and Joel Embild much better due to the spacing they create. The Heat are a good and balanced team, but their bigs are too heavy to guard the 76ers and they are probably aren’t good enough too match the 76ers.

My outlook: 76ers in 4. The Heat aren’t good enough, I don’t see them even stealing one game.

The spurs have no chance. Leonard was ruled out of the playoffs and Lamarcus Alridge isn’t capable to carry the spurs past the Warriors. It’s very sad to watch the declining Spurs, they are too old and have a strange habit of giving their home players too much money. Patty Mills, Danny Green and more were rewarded for their amazing contribution to the championship team, however they jam the salary cap space and don’t allow the Spurs for a proper rebuild after the Tim Duncan era. Ginobili is still a joy to watch, but Parker isn’t, he’s too old to guard opposing pg’s and too slow to do what made him a superstar. Even though Steph will probably be out of this series, i don’t see the Warriors even losing one game.

My Outlook: Warriors in 4, One of the best teams of all time wouldn’t be contained by the weak and Leonard less spurs.

Jazz – Thunder: Thunder shoot their way for the victory.

Paul George had 36 points with 8 3pt makes. The Thunder have displayed a strange season, Russ was Russ, averaging another triple double for the season. PG has improved as the years progressed but Carmelo Anthony hasn’t found his rhythm this season. Everyone were expecting Olympic Melo to show up, but he hasn’t. His play style doesn’t fit the modern NBA, while he’s still a very good player, he isn’t the superstar he used to be. However, in this series, Melo could still be the x-Factor. The Thunder were amazing on 3pt shots last night and have displayed good enough defense to contain Donovan Mitchell. But still, the Thunder rely too much on the play of Paul George and Russel Westbrook and this could turn into a great series if the Jazz will catch a good game or two. The Jazz had a very surprising season, Donovan Mitchell has been phenomenal this season and had 27 points in his first ever playoff game. However, the Jazz will have to ecplise what they have achieved this season in order to win the series.

My outlook: Thunder in 6. The Thunder have too much fire power to not win this one and the Jazz aren’t experienced enough to match them in a best-of-7 series.

No one has anticipated this Pelicans season. Boogie and AD have matched pretty good, Jrue holiday had his most healthy season in recent years and even Rajon Rondo has rejuvenated his career. After Boogie went down, expectations were lowered once again but AD has responded with a MVP run, playing amazing basketball. Now, They face the 3rd seed Blazers without a lot of pressure on them. Meanwhile, the Blazers with a whooping salary problem need to show that this current roster is good enough to compete with the top talented teams. Damian Lillard had been beyond amazing this season. But, he still has to prove he can carry a team in the playoffs. This series is probably the most intriguing one since both teams are quite balanced and could explode on any given game. The first game of the series went well for the Pelicans, a late surge by the Blazers wasn’t enough as AD scored, blocked and rebounded everything in his area.

My outlook: Pelicans in 6. I’m going with the underdog

Rockets – Timberwolves: Harden does it all.

Except Capela and Harden, no one showed up to the first game of the series. But still, Harden was enough, scoring 44 points with 7 3pt makes. The Timberwolves have a big problem guarding good shooting guards. With Jimmy Butler still recovering this could kill the series for them. KAT hasn’t showed up either, scoring only 8 points on 9 attempts. after a 14 year playoff drought, the Timberwolves have put in a great effort to be in the game, but it wasn’t enough in the end. The Rockets were the best team in the league this season and I expect them to show that in the playoffs. Harden did it by himself this game, but his teammates will contribute more in the next few games

My outlook: Rockets in 4. The Timberwolves defense isn’t good enough to keep up with the Rockets. The Rockets haven’t played well and still won, I believe that this is a sign for the future and that they won’t lose even one game in this series.