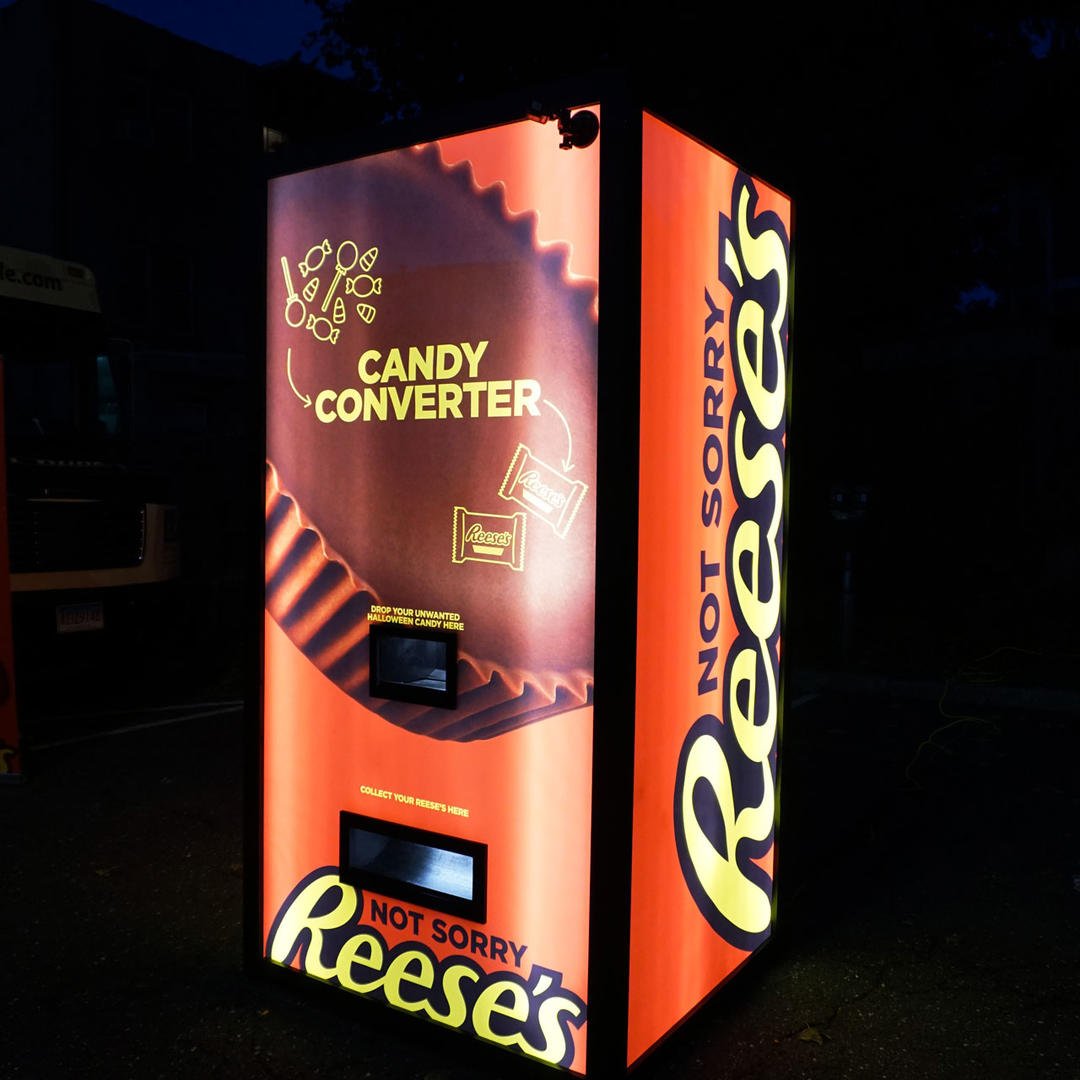 As a kid, part of the fun of Halloween was sizing up your post-trick-or-treating stash and negotiating trades to pawn off your least favorite candies on unsuspecting suckers—a.k.a., your siblings. But it wasn’t a flawless system: Some candies are so universally disliked that swaps were virtually impossible. In those cases, it certainly would have been nice to have one of these: Reese’s has unveiled a “Candy Exchange Vending Machine”—simply toss some lesser candies in the slot and out pops Reese’s Peanut Butter Cups.
In creating this machine, Reese’s cites its own data showing that 90 percent of Americans said they either had traded or wish they could trade unwanted candy. Additionally, the peanut butter specialists say that four out of five people they spoke with would be happy to trade unwanted candy for a Reese’s Peanut Butter Cup. In support of this data, last year, the statistic-focused site FiveThirtyEight wrote that Reese’s Peanut Butter Cups won a head-to-head Halloween candy showdown more than any of the other 80 candies it was pitted against—taking the top spot in their research.

Clearly, Peanut Butter Cups are popular, and the Candy Exchange Vending Machine is a guaranteed way to get a trade—no troublesome sibling negotiations necessary. The machine debuted on Saturday at the Tarrytown Annual Halloween Parade in Tarrytown, New York, just up the Hudson River from the big city. But for actual Halloween, the machine will be accepting trades in Lower Manhattan: Reese’s lovers can attempt to make an exchange from 4 p.m. to 9 p.m. outside Washington Square Park on 5th Avenue between Washington Square North and East 8th Street.

Granted, for the vast majority of Americans, getting to New York City just to make a trade for a candy you can buy in any convenience store probably isn’t worth the financial trouble. Instead, you’ll just have to pray that the Candy Exchange Vending Machine gets a larger rollout for future Halloweens. Only one problem: What happens to all the wanted candy that goes into it? Hopefully the interns at Reese’s like Sugar Daddies….