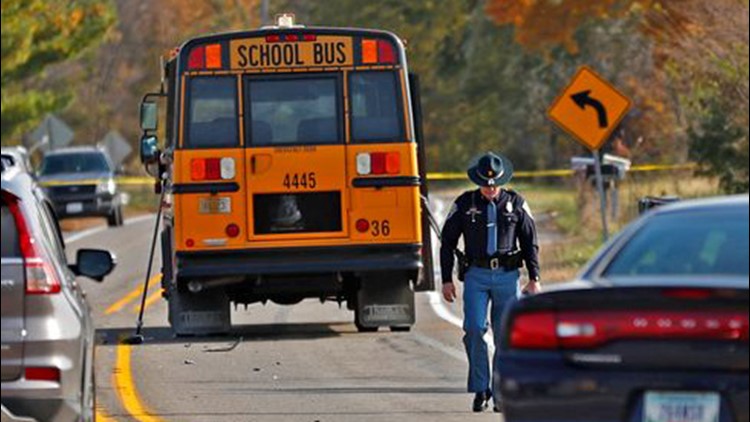 They were just kids, trying to get to school.

At least five children have been killed this week and seven injured when they were hit by drivers near school bus stops, authorities said. The incidents — in Indiana, Mississippi, Florida and Pennsylvania — draw attention to pedestrian safety and distracted driving across the country.

Crossing the street to their bus stop in the morning in rural Indiana, 9-year-old Alivia Stahl and her twin 6-year-old brothers, Mason and Xzavier Ingle, were fatally struck by a pickup truck, police said.

Alivia held her brothers’ hands and shielded them from the oncoming truck, their uncle told CNN affiliate WRTV.

The 24-year-old driver was arrested on three counts of felony reckless homicide and misdemeanor passing a school bus with the arm extended. She was released on $15,000 bond.

A 9-year-old was struck and killed north of Tupelo, Mississippi, as he crossed the road to board a school bus.

A 22-year-old man was charged with aggravated assault in the incident, Mississippi Highway Patrol Capt. Johnny Poulos said. Bond was set for the driver at $10,000.

In Tallahassee, Florida, a 19-year-old man hit and injured a kindergartner who was crossing the street to board a school bus, police told CNN affiliate WCTV.

The driver realized too late that the bus was stopped with arm extended, police said. He was given two traffic citations, the Leon County Sheriff’s Office said.

In central Pennsylvania, a 7-year-old boy from Franklin Township was found dead on side of the road by his home after he was run over by a slow-moving vehicle, authorities said.

“Evidence has shown that the child was run over at a slow speed,” Pennsylvania State Police Troop G’s tweeted. “A search warrant was obtained for a vehicle that was in the area at the time. The driver has been interviewed.”

“The bus driver on route arrived at the stop discovering the situation, contacted 911 and remained at the scene until first responders arrived,” Tyrone Area School District Superintendent Cathy Harlow said on Facebook.

In Tampa, Florida, five children and two adults were rushed to a hospital after a car struck pedestrians at a school bus stop, police spokesman Eddy Durkin said.

One child is in critical condition, Durkin said Thursday, but none of the injuries are considered life-threatening. Three of the children are 6 years old, one is 9 and one is 12.