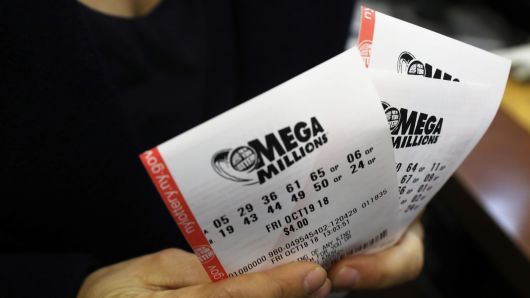 Lottery officials say someone who bought a ticket in South Carolina has won the record $1.6 billion Mega Millions jackpot. The prize has become the world’s largest ever lottery win.

The game organizers confirmed that a ticket purchased in the state has matched all six numbers in Tuesday night’s draw. The winning numbers were 5, 28, 62, 65, 70 and Mega Ball 5. The odds of picking all six correct numbers are 1 in 302 million.

The identity of the winner or the exact location of where the ticket was bought from has not yet been revealed.

“The moment we’ve been waiting for finally arrived, and we couldn’t be more excited,” said Gordon Medenica, Lead Director of the Mega Millions Group in a statement. “We’re so happy for the winner or winners, and we know the South Carolina Education Lottery can’t wait to meet them,” he added.

Mega Millions officials said the winners will have a choice between an estimated annuity value of $1.537 billion, paid in one immediate payment followed by 29 annual graduated payments, or the cash option of an estimated $877.8 million.

Whether the winner takes the jackpot as a lump sum or as an annuity spread out over three decades, the win will be reduced by a tax withholding of 24 per cent. The winner will likely be liable to pay the top income tax rate for individuals and, if applicable, will also be subject to state taxes.

The final cash prize could be reduced by as much as 45 percent, depending on where you purchased the ticket and where you live.

The jackpot has been swelling since July, when a group of California office workers won $543 million.

The previous all-time biggest win was drawn on Jan. 13, 2016, when three winning tickets shared $1.586 billion in the Powerball lottery. The previous largest single ticket win that was not shared out was by Mavis L. Wanczyk of Chicopee, Massachusetts. She claimed the winning ticket for the $758.7 million Powerball jackpot in August of 2017.