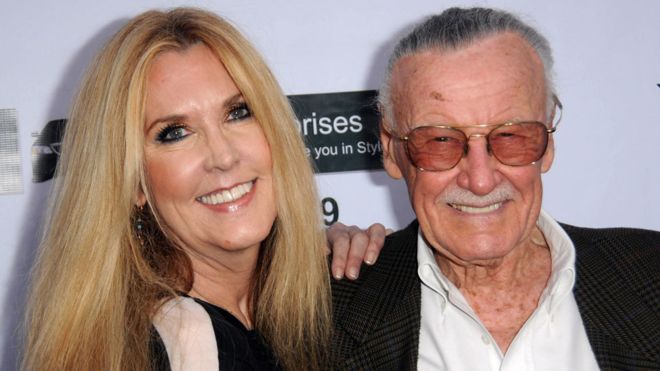 Stan Lee spent most of his life creating and promoting characters that would live on forever like Spider-Man, Black Panther, and the Fantastic Four. In fact, Lee helped create comic characters until the day he passed, according to new reports.

In an interview with TMZ, Lee’s daughter J.C. that he had been helping workshop a character with her called Dirt Man.

“I’ve been trying to get him to create a character with me his entire life. We’ve been working on a character called Dirt Man,” J.C. revealed.

J.C. continued on to say that she has plans in the works for the character.

“The last little angel we’ve got tucked away is Dirt Man and I said ‘Daddy, no clatter, no steel, no any of that,'” said Lee. “‘Let’s get down and dirty. Let’s do what’s going on and what’s about love. Let’s do Dirt Man.’ It’s very interesting and it’s not over yet. We still have a little trickery.”

When asked what the exact plans were — such as if a movie happened to be in the works, J.C. said she “hoped” it’d get to that point.

Lee went on to detail a new foundation she would be helping to launch called the Stan Lee Childhood Literacy Foundation.

“We’re creating the Stan Lee Childhood Literacy Foundation,” J.C. detailed. “The importance of the written word and in the importance reading is to not be underestimated. One reason why Stan is ‘Stan the Man’ is he took his craft very seriously.”

“And there’s a lot to say to pass on to children about reading and writing.”

Shortly after her father’s passing yesterday, J.C. offered the first statement to TMZ:“My father loved all of his fans. He was the greatest, most decent man.”

Stan Lee passed away Monday morning at the age of 95. He was preceded in death last year by Joan, his wife of 50-plus years. During his time at Marvel Comics, Stan Lee helped create major characters such as Spider-Man, the Fantastic Four, the original X-Men, Hulk, Iron Man, Doctor Doom, and Galactus.