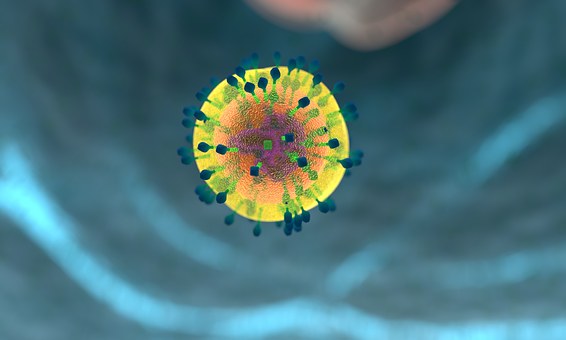 The immune system is designed to fight infections and restore the boy’s natural balance. For the most part, it entails clearing away viruses or harmful bacteria with just the right amount of immune cells. The balance is important because releasing too many immune cells causes damage to the body.

Immune cells called macrophages are largely responsible for maintaining that all-important balance of lethal force against pathogens. They not only detect the bacteria or virus and triggering inflammation, but they also prevent the immune system from panicking, especially when inflammation goes overboard.

Researchers from The University of California in the Proceedings of the National Academy of Sciences journal, detailing the discovery of a molecule known as Girdin/GIV, which prevents macrophages from overreacting. The researchers deleted the GIV gene from macrophages in mice subjects and observed that those mice’s immune cells overreacted to small toxins or bacteria. The observation allowed researchers to conclude that GIV acts as a brake for immune cell responses.

The mice study’s findings gave researchers an idea on how to control immune responses with higher levels of accuracy. They developed peptides that have similar functions as GIV, which gave them more control over macrophages responses. When the researchers used the synthetic peptides on the mice, they noticed that the inflammatory response was more controlled.

“When a patient dies of sepsis, he or she does not die due to the invading bacteria themselves, but from an overreaction of their immune system to the bacteria,” stated Dr. Pradipta Ghosh, who was a senior author in the study.

The synthetic peptides that mimic GIV functions can thus be used to prevent immune system overreaction in patients. It also means that immune systems can be tuned to avoid reactions that damage the body. The findings from the study provide a deeper understanding of how the immune system works. They also highlight the potential use cases for future therapies that have more control over how the immune system reacts to pathogens.