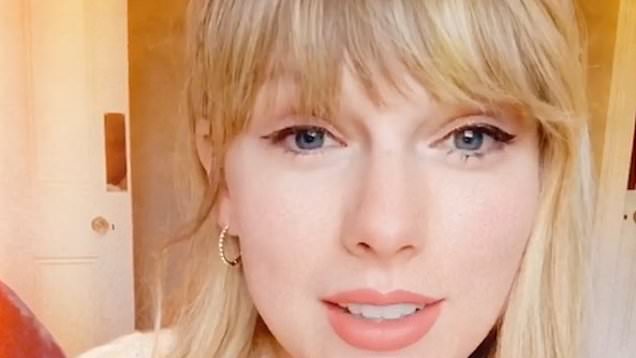 Taylor Swift has released a remix of her hit song “Lover.” On Wednesday morning Swift surprised her followers with an announcement that she had collaborated with Shawn Mendes to reproduce the song. Shawn is one artist that Swift has been dying to work with.

Swift took to Instagram to reveal the news about the “Lover Remix.” In a video post on Instagram, she said that there was huge news lined up for her fans. She went further to indicate that there is a new version of her hit song “Lover.” Swift revealed that she is a big fan of Shawn and that he was someone she wished to collaborate with.

The remix she revealed features Shawn who rewrote some part of the song. She confirmed that she had given Shawn the right to rewrite the song according to his take. Further Swift added that rewriting part of the song was important because everyone has their way of writing love letters.  Equally, Shawn is someone that Swift regards highly as a songwriter.

Swift has lauded the remix saying that she thinks it is beautiful and she is excited about it. She feels that fans will equally like to listen to the song. The romantic song has maintained the same opening lyrics written by Swift and the melody.

Shawn joins in after the first chorus with his love letter which is perhaps an inspiration by Camila Cabello his girlfriend. In the remix, he sings, “We can light a bunch of candles and dance around the kitchen, baby. We’ll sit on the stoop. I’ll sing love songs to you when we’re 80.”

Both Swift and Shawn sing the chorus together with their voices intertwined. Shawn makes another solo appearance in the song with his lyrics. He is so poetic that he likens his commitment for his lover to the sinking with the Titanic.

Shawn posted on twitter thanking Swift for allowing him to rewrite the song. Swift wrote the song with her boyfriend in mind and now Shawn has rewritten it drawing inspiration from his lover.