The Currently Richest Actors in the MCU 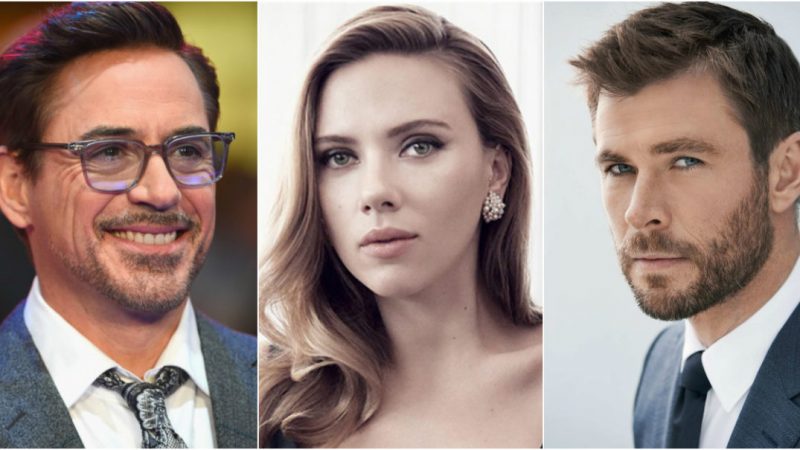 Marvel movies have become Holywood’s powerhouse and it’s no wonder that they constantly attract the biggest names in the acting world. Basically, every actor today wants to be in a Marvel movie. And this is mostly because the gigantic amounts of money it can bring them! They don’t even have to try too hard for those millions.

First up is Cate Blanchet who recently joined the gang to play Hela, the main adversary in Thor Ragnarok. It’s probably her first and last role in the MCU. None of that matters as she is currently worth some $45 million. Also, she didn’t even want to join the MCU, her kids made her.

Benicio Del Toro is the same as Blanchet with some $45 million. He only appears from time to time in the MCU, but seems to be very important and will remain as such.

Gwyneth Paltrow is also there with a net worth of $60 million. She already appeared in 5 Marvel movies and will most likely continue to do so as long as there’s Iron Man.

The mighty Thor played by Chris Hemsworth is naturally here. This guy has increased his popularity and paychecks thanks to this role. It’s no wonder he’s worth some $70 million.

Another villain who probably won’t appear ever again was played by Kurt Russell recently. He’s a huge name in Holywood and it’s no wonder that he’s worth over $70 million.

Scarlett Johansson is here with her net worth of $100 million. You probably know her as the only character who still doesn’t have her own Marvel solo movie! The archer dude is irrelevant, he doesn’t need his.

Bradley Cooper is naturally here with his astonishing $100 million of net worth. He should get all the moneyz as we definitely want him to continue playing Rocket.

Anthony Hopkins is naturally here with his net worth of $160 million. Unfortunately, it seems that we won’t be seeing him anymore as Thor’s dad.

Now comes probably the only actor who basically has nothing to do in MCU but still gets paid a lot. Of course, I’m talking about Vin Diesel. His net worth is around $200 million and he only says one line in every MCU movie. Isn’t life great for some?

The guy who keeps NOT appearing in MCU lately is played by Samuel L Jackson. His net worth is around $220 million. Add to that number by getting him to appear again Marvel!

Robert Downey Jr has a net worth of $260 million. He got a lot of it from his involvement in the MCU and is still the highest paid MCU actor. It’s well deserved as there wouldn’t even be an MCU without his Iron Man.

Michael Douglas is the first on this list even though he only appeared once in the MCU. He is still a highly bankable actor with a long career so it’s no wonder that his net worth is around $300 million.

So that’s it, but the list will probably keep on changing in the future as these movies are probably never going to stop appearing.