The Most Memorable Movie Lines You Probably Didn’t Know 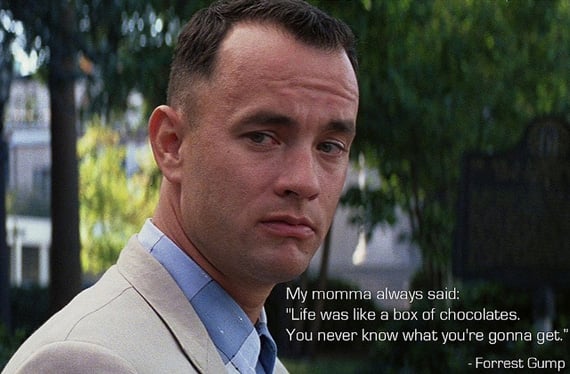 The American Film Institute has a comprehensive list of 100 top movie quotes of all time. You’ve probably heard of it. But what you probably haven’t heard are several lines which many don’t know about.

Movies are eternal, some more than others. So naturally there are some that are actually on this list and yet many of us don’t know about them.

A very famous movie indeed. But did you know that a certain line from it is in the 3rd place of AFI’s list? The line is: “You don’t understand! I coulda had class. I coulda been a contender. I could’ve been somebody, instead of a bum, which is what I am.”

“They call me Mister Tibbs!” is a famous line by Sidney Poiter’s character. It’s actually not so famous by everyone’s standards.To some, even the classic movie itself is not as famous as it should be…

This 3 times Oscar-winning movie is filled with memorable quotes. But one of them is not so famous: “I am big! It’s the pictures that got small.”

This is, in fact, a very old movie, so I wouldn’t be surprised that many don’t know this line. It’s when Mae West’s famous line to Carry Grant: “Why don’t you come up sometime and see me?”

“I want to be alone.” Simple. Effective. From an amazing movie as well.

I didn’t even know this was on the list, and I’m supposed to be the all-knowing writer here… This is when Tom Hanks’ character Jimmy says to little Evelyn: “There’s no crying in baseball!”

The line in question is Rico’s last words: “Mother of mercy, is this the end of Rico?”

If anyone knows this one, I’ll be completely stunned. “Tell ’em to go out there with all they got and win just one for the Gipper.”