The Toy Story 4 Trailer Introduces “Forky”- Who Is Not a Toy, OK?! 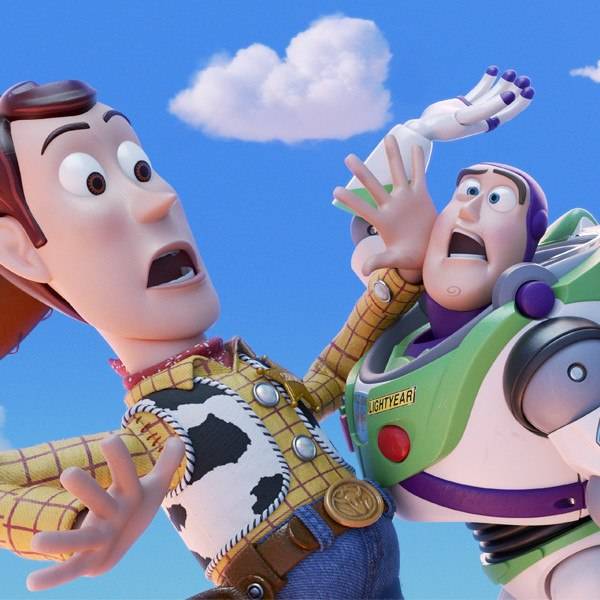 At long last, the first trailer for Disney/Pixar’s Toy Story 4 has arrived.For the fourth installment in the franchise, the studio says, “Woody has always been confident about his place in the world and that his priority is taking care of his kid, whether that’s Andy or Bonnie. But when Bonnie adds a reluctant new toy called ‘Forky’ to her room, a road trip adventure alongside old and new friends will show Woody how big the world can be for a toy.”

The dreamy teaser trailer features everyone’s favorite toys floating through the air, set to Joni Mitchell’s “Both Sides Now.” Midway through it, a frightened Forky screams, “I don’t belong here!” The makeshift toy’s panicked response sets off a chain reaction, sending the other toys spinning—literally. It also leads some of the older toys to utter their catchphrases from past films, like Woody’s “There’s a snake in my boot!” and Buzz Lightyear’s “To infinity and beyond!”

“Hey! Hey!” Woody tells the group. “Somebody get him before he pokes an eye out.”
Since 1995, Pixar’s Toy Story film franchise has earned $1.9 billion at the global box office.”Like most people, I assumed that Toy Story 3 was the end of the story. And it was the end of Woody’s story with Andy,” the film’s director, Josh Cooley, said in a statement given to E! News Monday. “But just like in life, every ending is a new beginning. Woody now being in a new room, with new toys, and a new kid, was something we have never seen before. The questions of what that would be like became the beginning of an entertaining story worth exploring..”

And so, audiences will follow Forky’s journey when Toy Story 4, produced by Mark Nielsen and Jonas Rivera, hits theaters on June 21, 2019. Brought to life as a craft-project using googly eyes and pipe cleaner, Forky feels out of place in Bonnie’s room with the manufactured toys. “The world of Toy Story is built upon the idea that everything in the world has a purpose. A toy’s purpose is to be there for its child.