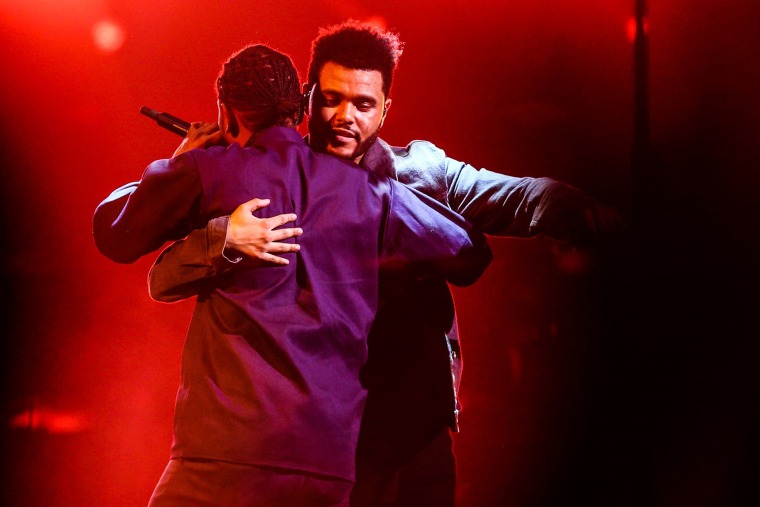 The Weekend and Kendrick Lamar are Mega-stars, and probably no one should dispute that. However, their linen seems to have been stained after a Brooklyn-based band by the name complained about infringement. The band is known is as Yeasayer, and it makes claims about the duo having used their material in composing their hit song called “Pray for me.”

The duo may appear in court considering that the band has launched the allegations asserting that the duo only did a few alterations to their “Sunrise” song. It was a song released back in 2007 and according to the band that wants justice to be served.

The “Pray for me” hit song has hit the airwaves with impact and the truth is that no one saw this coming. Fans have been enjoying it a great deal and its peak was the moment it was used as a soundtrack in the popular “Black Panther”.

Legal documents outline some important details about the alleged theft. They describe “Sunrise” as a choral performance that is pretty distinctive. It goes further to outline that Yeasayer had recorded it using the voices of its crew.

The band confirms that the duo had been intentional in the alleged theft involving a few modifications to its song. It adds that the duo used its content in the song “Pray for me” almost eight times. Yeasayer says that it recognized the stolen material pretty fast expressing confidence that it would win in the lawsuit.

News reporters pushed the band to say what it wanted from the duo. The band outlined that it wanted to be given the profits that had been obtained from the track “Pray for me”. It also wants to be paid for all the damages but how the court rules by the end of the day is something that we will have to wait and see.

Yeasayer doesn’t stop there. It vows to push the court to stop further airplay of the hit song.

News reporters have been trying to establish contact with the Weekend and Kendrick Lamar to get to know their thoughts. The duo declined to give any comments.