How The Timberolves Advanced To The Playoffs 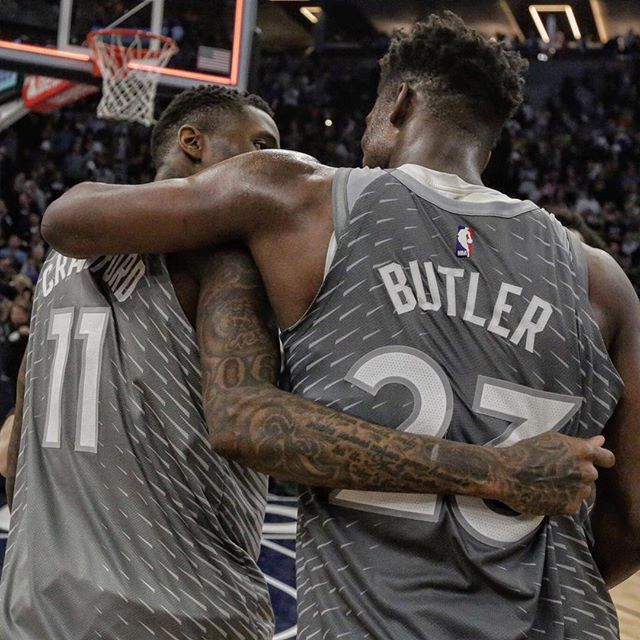 Last night we have witnessed the first time two teams have faced each other for the last playoff spot since 1998. Both clubs, the Nuggets and Timberwolves had an interesting season that was plagued by injuries. The Wolves lost Jimmy Butler to an extensive time period and the Nuggets had Paul Milsap on the sidelines for three months. It took a few months for the nuggets to kick in, Nikola Jokic has proved he’s superstar, his unconventional play style, amazing basketball IQ and terrific court vision make him the cornerstone for the franchise. The Wolves have started the season strong and then the Jimmy Butler injury has almost kept them away from the playoff for the 14th straight season, the longest playoff drought in the league.

Tom Thibadou, the wolves coach has a lot of experience in these type of games. Assisting on the 2008 Boston Championship team and leading the Bulls for 4 straight playoff appearances. Many critics have called for his resignation, he has outplayed his players for extensive time on the court, resulting a physical burden that causes injuries. Players like Luol Deng, Joakin Noah and Derrick Rose have had their careers shortened due to the extensive playtime they had with Thibs as coach. Jimmy butler is still young and plays amazing, but he might be suffering harsh injuries in the next few years. However, in the battle against Mike Malone for the playoffs, Thibs was a genius.

In the 3rd quarter Jokic displayed his best basketball of the career, he torched his defenders with 3 straight 3pt shots and brought back the nuggets from a deficit of 10 points. Thibs has responded with placing Taj Gibson on him. Taj was brought from Chicago as a free agent and has been a solid player all season. Some people have wondered why did he get a 14 Million per year contract when Gourgui Dieng is playing the same position and receives a similar amount of money. However, Taj Completely suffocated Jokic and proved he’s worth the money. Later, the nuggets have played mostly high pick and rolls between Jamal Murray and Jokic causing many mismatches which Jamal Murray took advantage of and keeping the nuggets in the game.

With 3 minutes left in the game, Jeff teague bombed a 3pt for a 8 point advantage but Jamal Murray kept doing his thing and the Nuggets went on a 8-0 run to tie the game. the last few minutes featured lots of bad possessions with bad shots. Jimmy butler took a tough shoot to win the game but missed with 6 seconds left in regulation. On the next play Jokic was blocked by Gibson and the Wolves missed their chance to win the game.

In overtime it was Thibs experience that resulted the win. Murray had been amazing all game long, but in overtime his inexperience have resulted some bad possesions, Nikola was suffocated so he couldn’t take the load. Surprisingly, Paul Milsap was n the court but haven’t touched the ball on crucial possesions. He came to Denver to be the veteran that leads the team in those situation but the nuggets kept going with Murray and Jokic that have already burned out in the game. The Wolves on the contrary, went with their veterans, Kat and Wiggins who carried much of the load earlier in the game took a back seat to watch Jimmy Butler going strong to the rack drawing a lot of fouls and Jeff Teague taking key shots to keep the Wolves alive.

Eventually it was the three veterans: Butler, Gibson and Teague with a lot of playoff experience that outplayed the Nuggets. You can’t teach experience, with a better coach and very solid veteran players the Wolves were able to snap a 14 year drought and have advanced to the playoffs where they will meet the Rockets. They don’t have a lot of chance to advance past them, but the playoff experience should do wonders to KAT and Wiggins as they progress with their NBA career. Next year, both the Nuggets and Wolves should improve and i’m confident we will see a lot of from these clubs.