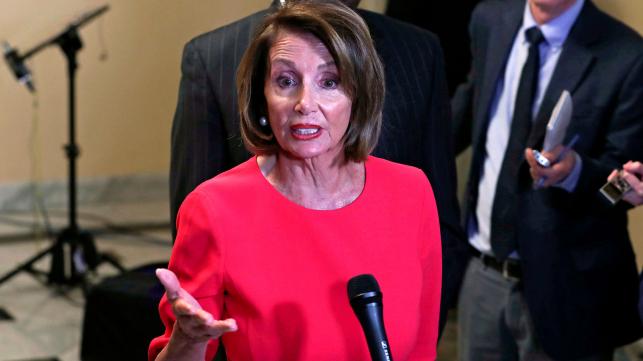 The Democratic-controlled US House of Representatives has voted to end a partial government shutdown, but the move looks certain to be vetoed by President Donald Trump.

Mr Trump has said he will reject any measure that does not provide funding for his proposed US-Mexico border wall.

The new congress is considered the most diverse in history with record numbers of women and women of colour.

The bills passed by the House of Representatives would fund homeland security operations, including $1.3bn in border security, until 8 February, and fund several other agencies until September.

However, it requires Senate approval, and sign off from the president, in order to become law.

Republicans currently have a majority in the Senate, and majority leader Mitch McConnell has said Republicans there would not back measures that Mr Trump did not support.

Mr McConnell called the Democrats’ move a “total nonstarter” and a “political sideshow”.

However, Democrats argue that the bills are nearly identical to ones passed by the Senate last month, before Mr Trump insisted wall funding must be included.

Nancy Pelosi, a Democrat from California, was elected as Speaker of the House for a second time – becoming the third most powerful politician in the US.

She previously led the House from 2007-2011 – and remains the only female to hold the position.

She invited the children and grandchildren of House Representatives to join her as she was sworn in, saying: “I’m particularly proud to be a woman Speaker of the House of this Congress, which marks the 100th year of women having the right to vote.”

Later, she told reporters: “We’re not doing a wall… a wall is an immorality between countries. It’s an old way of thinking. It isn’t cost effective.”

She added that spending money on “more infrastructure at the ports of entry” and better technology would be more efficient.