Western Conference Is Heating Up 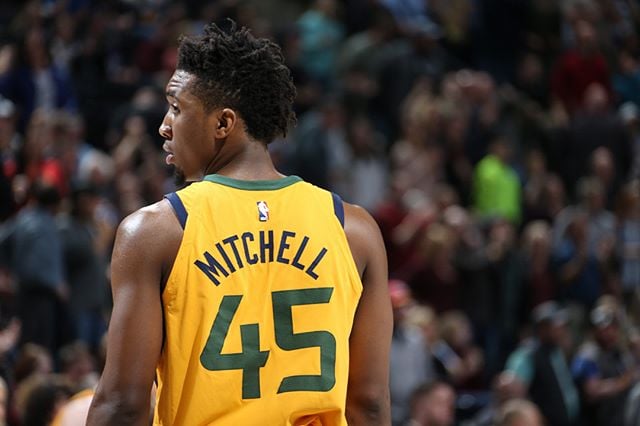 Wednesday is the last day of the NBA Regular season. While the Eastern conference may only feature minor positional changes, the Western conference is on fire. With approximately 2 games remaining for each team, a lot can happen.  The Houston Rockets have clinched the first place and the banged up Warriors have clinched the second place. Besides that, everything is up for grabs. only 3 games differentiate between the 3rd place Blazers and the 9th place Nuggets.

Last night the Utah Jazz have defeated the Los Angeles Lakers 112-97, Donovan Mitchell has put up another great display of ball handling and scoring. The win has clinched a playoff berth for the Jazz. After Gordon Hayward left in the summer, everyone thought that the Jazz are poised for another lottery pick. But the emergence of 21 Year Old Donovan Mitchell has changed the outcome of the franchise. In his rookie season he’s averaging 20.5 points on 43.8 FG% and is my favorite to win the Rookie of the year award. The Jazz have to play the Warriors on Tuesday and the Blazers on Wednesday so maybe the 4th seed isn’t certain for them.

New Orleans Pelicans are probably the most romantic team in the western conference this year. After Boogie went down with a scary injury, no one could anticipate how much Anthony Davis would improve. Besides being a Fantasy monster (2nd in ppg, 5th in rebounds and 1st in Blocks) his leadership has carried the pelicans to the 5th seed so far. Jrue Holiday and Rajon Rondo have proved they are valuable players in the league and the Pelicans will be in the playoff unless something extraordinary will happen. They meet the Clippers tonight and San Antonio on Wednesday.

The Spurs will see the Kings tonight, probably an easy win for them and will challenge the pelicans on Wednesday for a higher playoff position. This is crucial since most teams would prefer to meet the Blazers and not the Warriors in the first round. The Thunder have the easiest schedule among the Western Elite, they will face the Heat and the horrible Grizzlies. They will have to win both games in order to have a chance for home court advantage in the first round

The Nuggets and Timberwolves are probably battling the last playoff berth. Tonight, Denver will face the Blazers and Minnesota will meet the Grizzlies. On Wednesday the Nuggets and Wolves will face each other in a battle that will determine the whole output of the season. Denver has built a team around Jokic and they have displayed a fast paced around the point center while the Wolves have started the season strong but when Jimmy butler went down, Wiggins couldn’t carry the load and they have dropped in the standings. This crucial game will probably determine the outcome of Tom Thibodeau, if the Wolves won’t advance to the playoff he might be fired. The franchise is hungry for a playoff appearance, since KG was running the show the Wolves haven’t played in a playoff game. With the big money that the club has invested in Andrew Wiggins, Taj Gibson and Jeff Teague in the summer it will be a major disappointment for the wolves if they won’t make it.

Stay tuned for how the regular season will end in the western conference.