What is Behind Ivanka Trump’s Fashion Choices? 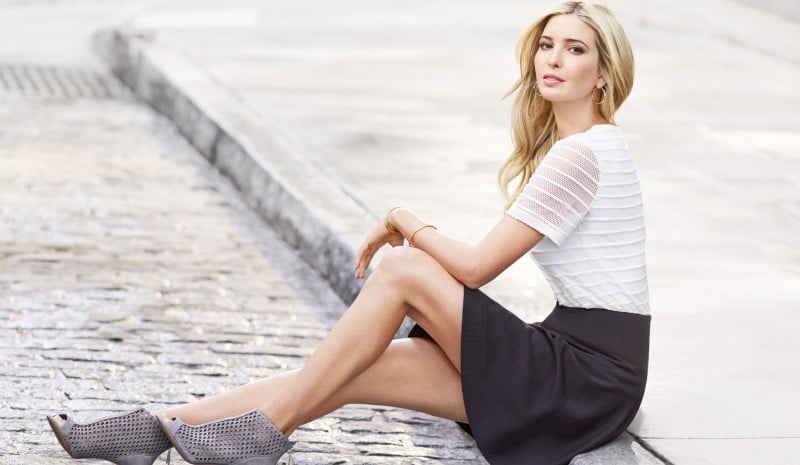 When you are the President’s daughter, everything you do is monitored by the nation. What you do, but also how you do it, everything basically, is closely watched by everyone.

All of this also transfers to the seemingly unimportant things like the outfit you wear. Most of us do put some thought into what we are going to wear, but not as much as politicians. Especially not as much as Ivanka Trump.

Politicians and their families usually have people who plan their outfits carefully. It’s actually quite important because all of it has an impact on how people perceive them. The clothes themselves, the colors, it all has a subconscious effect on people. Which is why they are careful with what they wear.

But Ivanka Trump is actually doing something different as well. She is continuously wearing clothes from her own brand, during important meetings and other official events.

Each outfit she wears is still planned and fits the occasion and everything; it’s just that it’s the clothes from her own brand. The outfits look great from a fashion perspective, her brand is quite good. The problem is that it might be breaking federal laws since this might fall under promotion. It turns out that what she’s doing could actually mean that she is using her government position to promote her personal brand. Her official role in the government should have nothing to do with the official business of the country, the rules say.

Some have even pointed out that this turns a profit for her. The fact that she’s wearing these clothes publicly, on official business has an impact on the sales of her brand.

All of this could be just grasping at straws, who knows. Ivanka could be doing it on purpose even. Who knows. What we do know is that she looks good as usual…