What Your Choice Of Peanut Butter Say About Your Personality 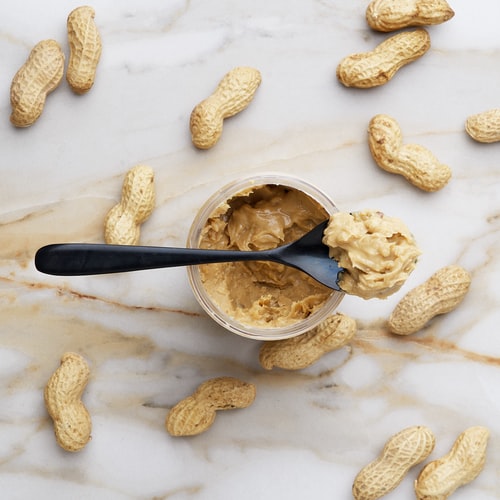 When it comes to peanut butter, consumers are sharply divided between creamy and crunchy peanut butter. Whether you prefer creamy or crunchy types, your choice of peanut says a lot about your personality.

A recent survey conducted by OnePoll evaluated the peanut preferences of 2,000 Americans. From the study, consumers who prefer the crunchy times had a positive and cheerful outlook on life.

From the study, 63% of crunchy peanut butter lovers said they are optimistic about life. This is more than the 56% of creamy peanut butter lovers who said they are optimistic about life. In addition to being less positive about life, creamy lovers are also early birds and more introverted. On the other hand, crunchy fans are more extroverts and tend to stay awake for more hours at night.

These findings result from a study commission by Jil to commemorate the National Peanut Butter Lovers Day. The study also found that a third of the respondents are very passionate about peanut butter and conscious about their type. Jil is a leading vendor of peanut butter products in the US.

The study found that 50% of those who prefer creamy peanuts are more likely to be judged for their choice compared to 32% who prefer the creamy type.

Despite the differences, the study found that there are issues that both crunchy and creamy lovers agree on. For instance, the study said both groups expressed an equal love for animals. A third of both groups said they love cats and dogs equally.

Americans are known to be big lovers of peanut butter and always graces many romantic occasions. In 2019, the North American peanut butter marker was valued at $1.16 billion and was growing at the rate of 10.54%. The market is projected to reach $1.92 billion by 2025.

Peanut butter is consumed as a spread on bread, toast, and crackers. It is also used in several packaged foods and confections. The North American market is mainly being driven by growing demand in addition to growth in disposable income.