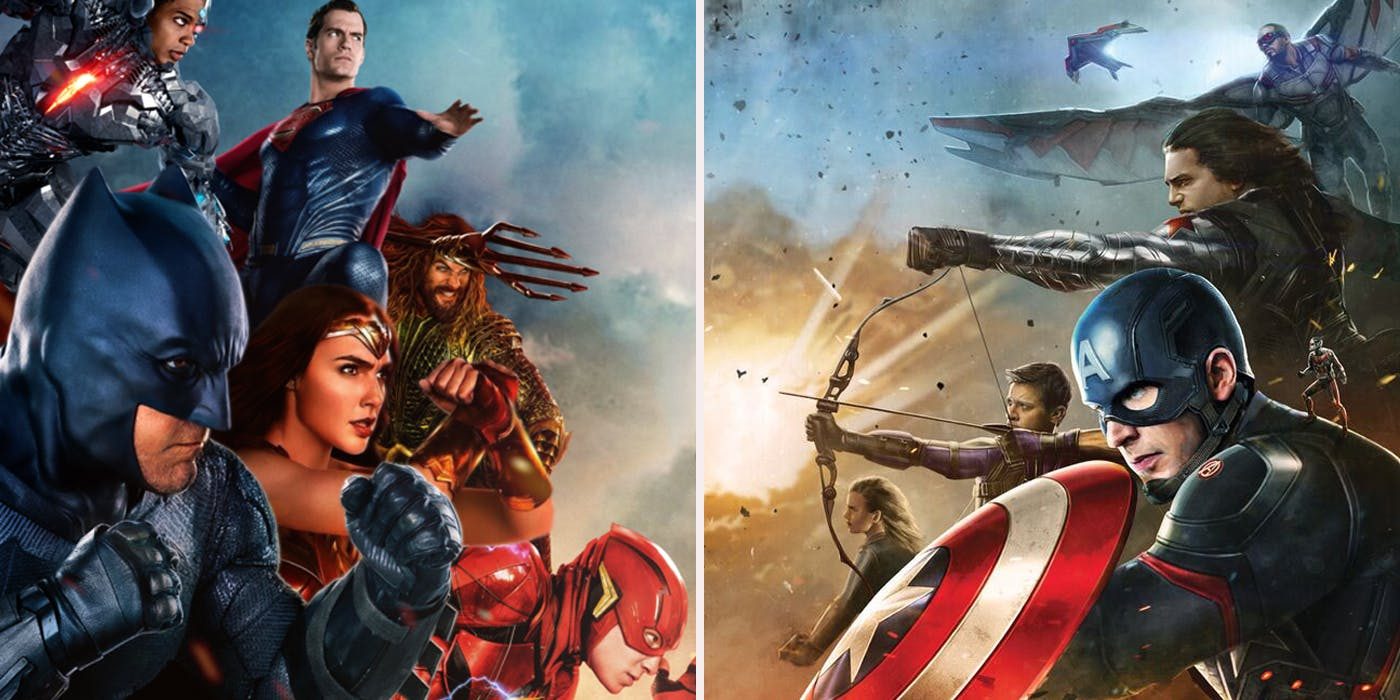 So many people have done these comparisons, but barely anyone is pointing out the fact that these two can barely be measured with each other. They are not even in the same category. You can barely make any real comparison as DC’s cinematic universe can barely be called that. Let’s elaborate.

The MCU – first of its kind

Marvel has been building its so-called Marvel Cinematic Universe (MCU) since 2008, building up its world, lore, and most importantly – characters. It’s a fully fleshed out movie universe that was carefully constructed over the years. It’s truly unique and first of its kind.

It took them around four years until they released the first Avengers movie that gathered all the previously established characters together and finally delivered on what Marvel has been promising through their famous post-credit scenes. It was a gamble on their part. There was always the possibility that people wouldn’t want to wait for such a long time to get what they wanted to see. But it was ultimately worth it for Marvel and in turn Disney, lurking behind in the shadows…

Now the universe has 17 movies with the 18th (Black Panther) coming out soon, and it is also the highest grossing franchise in movie history with over $13 billion in ticket earnings. Who knows how high this number will go once the highly anticipated Avengers: Infinity War comes out in late April.

The DCEU – late for the party

On the other side, we have the DC Extended Universe or DCEU for short that came much later and tried to capitalize on the hype over superhero movie universes. However, they wanted to join in as soon as possible and be a real contender to Marvel so their executives decided that it would be a good idea to speed up the process and give the fans a big Avengers-type movie without enough previous movies to back it up and set up everything. Besides that, they seem to have done the same with each individual movie, they all seem either rushed or a simple mess (not counting Wonder Woman). Naturally, that didn’t fare well in the eyes of fans who felt robbed of properly portrayed heroes that they’ve loved for so many years.

Don’t get me wrong, the DCEU is not unsuccessful, they have earned a tremendous amount of money (some $3.7 billion with five movies), which is probably why they’ll continue making these terrible movies. Wonder Woman is an exception, but one amazing movie cannot erase the fact that the other four are terrible.

Is the verdict even necessary?

I for one would love to see the DCEU becoming better than what they are at the moment because I have always adored DC heroes and felt that they are much better and more serious than the Marvel ones. Which is why I go hard on the DCEU, like every other true fan. The fans deserve better and the creators have to do better or their movie universe will forever be in the shadow of the far superior MCU.

(Edit: take a look at my subsequent article on the DC and Marvel TV show universes here)